Alli Simpson, Stella Hudgens, Noah Cyrus, Sam Wilkinson, Jack Johnson and Jack Gilinsky are Festival Bound in a new of a photo shoot for Mudd’s spring 2015 campaign! The young stars are the faces of Mudd this season!

This year’s Mudd Girls are not only younger celebrity siblings, but rising it girls in their own right! Alli Simpson is a singer, comedian and Radio DJ host, while Stella Hudgens has pursued her own acting career and Noah Cyrus has been a singer as well as actress. Maybe we’ll see big bros and sisters Cody Simpson, Vanessa Hudgens and Miley Cyrus in Mudd soon, too!

Jack Johnson and Jack Gilinsky are best known together on Vine as Jack and Jack, a pop-rap and comedy duo. They have more than 5 million followers! Similarly, Sam Wilkinson is a hilarious Vine superstar with nearly 500k followers of his own. 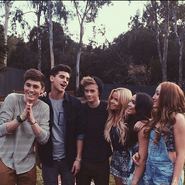 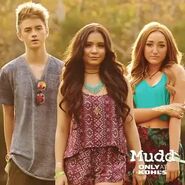 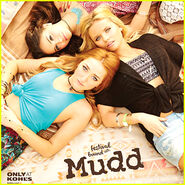